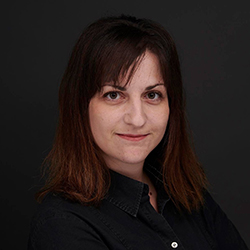 Digital Media Strategies in Architectural Design: the user as an active participant in the era of IoT

In our data driven society, technology offers a new perspective in dynamic spatial analysis and design. The radically growing IoT opens up new horizons in the understanding of user spatial perception and experience. This study aims to determine how user experience and perception of space are shaped in hybrid spaces and suggest strategies to integrate this new knowledge into the process of architectural design.

First of all, the evolution of interaction between user and system is historically analyzed, identifying a. the era where people imagined interactive structures, being unable to establish a direct user – system – space communication; b. the emergence of the smartphone, which solved interoperability and communication issues and c. the future of user – system interaction, by presenting current possibilities and threats arising from the latest IoT technologies.

Having investigated how user perception is transformed within the new hybrid spatiality consisting of sensors, devices and data, the question arises as to whether this information can be successfully integrated into the architectural design. The third part of the study intends to answer this question, by presenting case studies of interactive environments embracing novel design spaces. This happens through the analysis of four distinct design approaches of interactive architecture. Specifically, the analysis aims at decoding the ways to translate interaction into spatiality, creating novel user – centric design spaces, either physical or virtual.

To test the hypothesis that interaction between user system and space is a valuable tool at various stages of the architectural design, a series of studies are conducted, at a theoretical, technological and practical level. Throughout the studies, it becomes evident that a framework describing how to design interactive systems and integrate user feedback should be established, allowing for new technologies to get easily integrated into this scenario and inaugurate innovative streams of knowledge exchange.

As a result, this study orchestrates a two-way innovation process: people participating in the production of knowledge, as significant parts of the hybrid space feedback loop; and architects using emerging material and immaterial tools to analyze, get inspired and experiment at the design process.